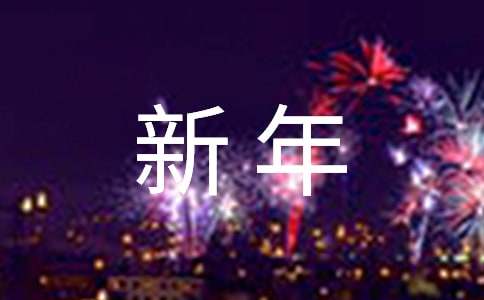 So the Chinese New Year comes to the end。

New Year is coming.We have some resolutions to improve ourselves.

Linda is going to take up playing the violin.She will join the violin club and practice it.She also wants to keep healthy.So she will eat more fruit and vegetables.Tom’s resolutions are making more money and making the soccer team.To do those,he wants to get a part-time job and practice soccer every day.I have some resolutions,too.I will get better grades.So I will study more hard to do that.

I think I can keep the promises and improve myself.

This winter holiday I stayed at home. I am happy because my father and my mother could spend more time with me during the Spring Festival. Besides, on the eve of the Spring Festival, we had a great family reunion dinner and then we watched Spring Festival Party on CCTV1. Sometimes, I reviewed my lessons. I had a very wonderful holiday.

The Lunar New Year is a great occasion to the Chinese people. It lasts about the first four days of the year， during which people do not work except for the workers on duty. Students do not go to school，and shops are closed.

Several days before the new year， people begin to prepare. Farmers kill pigs，sheep，cocks and hens. City dwellers buy meat fish and vegetables. Houses are cleaned; couplets are posted on the doors. Colourful lanterns are hung at the gate.

On the eve of the new year， each family has its members gatherd together and eats a family reunion dinner. After the meal they watch TV until the clock strickes twelve. Then every family sets off long strings of small firecrackers and other fire works to welcome the new year. On the first day of the new year，almost everyone is dressed in his or her best. When people meet on the way， they say to each other "Happy New Year". Friends and relatives pay new year calls and gives presents to each other. Children indulge themselves in games.

An important activity during the Spring Festival is bainian (to pay a New Year call).

People start to pay New Year calls from the lunar New Years Day，that is， the first day of the first month of the lunar calendar. Ever since the Ming Dynasty in the 14th century，ordinary people have begun to exchange greeting cards on this day. On the morning of the lunar New Years Day，people get up very early and call on others. The earlier one does so，the more sincere he is. Moreover，people wear new clothes and a new cap，symbolizing that a new year has begun.

The younger generation should call on their elders first，such as the grandfather，grandmother，father and mother，wishing them "Good health" and "Long life". Then the elders give children some money in a red envelope as a New Year gift. After that，people call on their relatives，friends and neighbors. As "big tangerine" is a homonym for "very lucky" in Chinese，so people often present red big tangerines as a gift while paying a New Year call.

Although it is &ldquo, lanterns &mdash, &mdash, and so on every new year, but we still like the new year, because there is the delicious dumpling, that nice new dress, there are many new years money &hellip, … &ldquo

However, there are more than twenty days before the lunar calendar, but the Gregorian calendar has passed the new years day, so its only a few steps away from the winter vacation. Therefore, we are looking forward to the new year. Why?

Well, the all-round development of the students parents will give them to buy some gadgets, small stationery and so on; poor students learn, the teacher will give them a few words of encouragement, such as “ the next Study hard ” “ next year not made the teacher angry & rdquo; “. You work hard ”; teacher, let us test out, then let us happy, happy to go home. I feel relieved.

The teacher asked us to review, our review is very positive, because after all, we need to take exams, and we have to get good grades in the new year, so we can go back to different families and find different mothers. So we are going to review the progress very quickly, and we can review several lessons in a day.

I imagine: on the new years day, peoples firecrackers outside the house, we return home, take the full marks of the roll, eat the fragrant dumplings, after the new year, find the largest pocket … … why?

Hope, hope, the pace of the year is finally near.

The Chinese New Year is the traditional festival of the Chinese nation, the Chinese and the descendants have always attached great importance to it. It was more than half a month from the new year, and everyone began to prepare for the drums.

In the era of faster pace of life, it seems very difficult for family members and friends to get together. And the new year is a good time to reunite family members with relatives in the ends of the earth. The work can also be friends again, although I dont understand Chinese mood, but new friends get together to play, but also an endless enjoyment.

As a child, of course, he loves to play the most, and is busy studying on weekdays. You might as well share with me for a big year.

Look at the party. On New Years Eve the whole family had just finished Boiled dumplings, could not wait to wait for the beginning of the party, despite all the party every year, but each party can also be comic sketches, amused and revel in the uproarious, wonderful songs, and marvel at the magic magic......

During the new year, its a great feeling to save up the lucky money that the elders give to buy what they need. This year, I learned a new skill -- making dumplings. Its really sweet to eat your own dumplings.

The new year is busy, but my elder sister told me: "behind the years, we also shoulder heavy responsibilities. When we grow up one year old, we should think more about life." In the face of the new year, how to adjust yourself and face the new year with a new self.