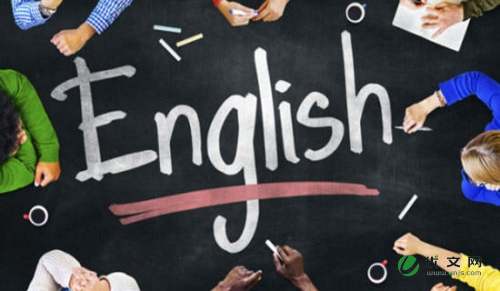 There are still many problems of environmental protection in recent years. One of the most serious problems is the serious pollution of air, water and soil. the polluted air does great harm to people’s health. The polluted water causes diseases and death. What is more, vegetation had been greatly reduced with the rapid growth of modern cities.

In my opinion, to protect environment, the government must take even more concrete measures. First, it should let people fully realize the importance of environmental protection through education. Second, much more efforts should be made to put the population planning policy into practice, because more people means more people means more pollution. Finally, those who destroy the environment intentionally should be severely punished. We should let them know that destroying environment means destroying mankind themselves.

The earth scale change of climate has brought a new kind of natural disaster and the developed and complicated city system is holding a latent risk of expanding the damage artificially. Also people has been spoiling the health since the immense quantity of chemicals have been produced and already used in pursuit of convenience and various toxic substances have been produced unintentionally and accumulated in environment. Therefore, We need some countermeasures from the viewpoint to prevent the city environment form disaster and to manage environmental risks. So we will develop and improve a new risk management system and a disaster prevention system to preserve and create the city environment where people feel easy and sound in their life.

The Games of the 29th Olympiad in 2008 are awarded to the city of Beijing.

The International Olympic Committee selected the Chinese capital as the 2008 host in Fridays vote during Juan Antonio Samaranchs last IOC session as president.The attraction of staging the Games in a country which has the worlds largest population, as well as huge economic potential, won the IOCs heart.

Beijing defeated four other bidding cities, including Toronto and Paris, to secure the countrys first-ever Olympics. Osaka was the first city to go out, and it only took one more round for Beijing to win the Olympic race.

Today I am very glad here to share my opinionsabout the protection of environment.

With the development ofscience and technology ,different kinds of pollution has been produced andcaused global concern recently.

As we know, people have beenliving on the earth for thousands of years, human activity damaged natural environment, such as excessive abuse of natural resources ,the sewage dischargedfrom factories ,the animal slaughter ,kinds of chemical fertilizers andgreen-house effect. All that is mentioned above has a bad impact on the eco-system .Now, many animals aredying out. We are suffering from unhealthy food and water, we are faced withharmful rays and global warming. It was ourselves who had made a series oftroubles. As you can see, we are the final victim.

Above all, if we human beings cannot recognize theseserious problems and try our best to solve them soon, we would finally lose theenvironment suitable for us to live. So, it is our duty to protect theenvironment ,but what should we do to protect it?

In my opinion, the first and important thing is tounite all forces ,that is to say---gather all hearts together. Next we shouldprotect and plant more trees, which can dispose of the dust in the air. As forfamilies, it is effective to ride bicycles rather than drive cars. Don’t litteranywhere as you like. In addition, sorting and recycling the rubbish also playan essential role in the protection of our earth. We’d better call on everyone aroundus to lead a low-carbon life, as it may make a difference to the environment.

Thus, it’s high time that we did something to improveour surroundings. Everybody should raise the awareness to protect our motherearth. Let’s appeal to more people to join us.

All in all ,there’s no doubt that keeping the balanceof human and nature ,we will benefit a lot.

Thank you for listening！

Once man did not have to think about the protection of his environment. There were few people on the earth, and natural resources seemed to be unlimited.

Today things are different. The world has become too crowded. We are using up our natural resources,and polluting our environment with dangerous chemicals. If we continue to do this, human life on earth will not survive.

We realize that if too many fish are taken from the sea, there will soon be none left. Yet,with modern fishing methods, more and more fish are caught.We know that if too many trees are cut down, forests will disappear. Yet, we continue to use powerful machines to cut down more and more trees. We see that if rivers are polluted with waste products, we will die. Yet, waste products are

We know that if the population continues to rise at the present rate, in a few years, there won＇t be enough food.What can we do to solve these problems?

If we eat more vegetables and less meat, there will be more food available. Land for crops feeds five times more people than land where animals are kept.

Our natural resources will last longer if we learn to recycie them.

The world population will not rise so quickly if people use modern methods of birth control.

Finally, if we educate people to think about the problems we shall have a better and cleaner planet in the future.

In recent years there has been a marked growth of fire accidents in big cities of our country. Almost every day we see fire engines rushing through the streets. Fires have not only resulted in heavy economic losses but also injured and killed many people.

What are the causes of fire accidents? Most of the fires are brought about by carelessness and violation of fire safety regulations. Others are due to the poor quality of home electrical appliances. By the way, some people dont know how to use them properly. Besides,there are quite a few businesses which focus so much of their attention on profits that they tend to neglect and even ignore fire precautions.

In my opinion, in order to prevent fires we should first of all foster peoples sense of fire prevention. The second thing we have to do is to increase the number of professional fire fighters, to whom regular training courses should be offered. Finally, we are to improve the existing fire engines and add more fire facilities to high-rise buildings. In this way, a reliable fire prevention system will be formed.